At the association “J’interviendrais” where I photographed, worked and lived for almost ten years, I met children with autism. Many had a severe form of autism, mostly non-verbal. But also there were other children who are said to be psychotic, schizophrenic, having behavioral disorders, abused, homeless, unlivable, deficient and all that our Western society finds words to cast out the untouchables. Mentally ill people.
And the more I saw them, the more I thought they looked like children. Children of stateless culture, extraordinary, sincere, raw, wild, for the better and for the worse, and with an indefinable mystery that escapes medicine, science or any other rationality.
We are talking about autism.
This mystery, this enigma, is what I tried to capture with the silent form of photography.
I know the territory: the light, the seasons and the fields of the north, center and south of France. I looked for something unpredictable: a gesture, an attitude, a look from them.
I took the time. It was the children who imposed it on me. Just like a relationship. The quest for justice in a relationship is illusory. But sometimes, as if by magic, I was granted some gifts as a demonstration of their power as little gods.
But none of these clichés will do honor to the fantasy of an indefinable child, so exceptional, so unique. Because violence wins over sweetness. Suffering is right there and no words would be enough to describe it. Beautifying would not do them justice. By force, they may become mentally ill.
Words. If words measure the gap between them and us, then no more words.

==
Born in Belgium in 1989, Lionel Jusseret is a documentary photographer. While finishing his studies in INSAS in 2012, a Belgian cinema school, he began to photograph autistic children at the French association “J’interviendrais”. In search of unpredictable images, Jusseret works in the intimacy of his subject. The approach is anthropological. After seven years in immersion, he completed his first series “Kinderszenen”.
Recently, he has been working in a retirement home to get closer to seniors with Alzheimer’s disease and create his new serie “Home”.
Lionel Jusseret lives and works in Brussels. 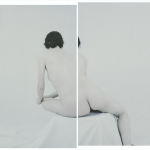 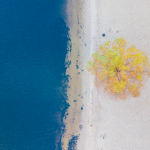